This is the second time I’ve been “randomly selected” for jury duty. Surprisingly, it’s not as exciting as TV would have you believe. It’s a lot of waiting and standing around. If you’ve ever wondered what jury duty is like, it’s basically like waiting at an airport terminal for a plane that’s delayed, indefinately.

Most people tell you that as long as you present a half-decent reason, they’ll excuse you from jury duty. These people are wrong. Even if you work at an institution that works heavily with lawyers and your boss tells you that as long as you tell them what you do for a living, they’ll excuse you. He’s wrong. However, these people aren’t monsters. If you have a legitimate excuse, they’ll let you go home. Make sure you check your mail, though. Your deferral letter should arrive within the next few weeks.

The first fun-filled jury duty activity is the informational video. This video is filled with people telling you how much they love jury duty and how it’s a priviledge to be chosen. They also lay on pretty thick how it’s the most wonderful legal system. Don’t worry, they chose the best actors for this video. They’re very lifelike and convincing. “Even though I didn’t get paid, I would jump at the chance to serve on another jury. It gave me a deep appreciation of our legal system.” Yeah, okay… And now the video’s playing in French. Oh right, this is Canada.

You always can pick out the veteran jurors by their big books. They’re not fooled into thinking they’ll be in and out in 10 minutes. Speaking of long waits, “They’ll  be with you shortly,” has lost all meaning. 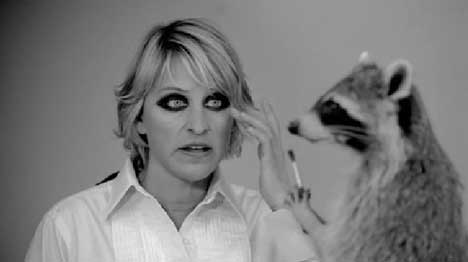 Some of my best ideas come from watching…er…observing people at Starbucks. For handy tips on how to do this stealthily, click here. You’re welcome. Most recently, the young and trendy folks purchasing their pumpkin lattes got me thinking about confusing beauty trends.

Why must all beauty trends be taken to the extreme? The most recent culprit: Magic Marker Eyebrows. You know what I’m talking about. When girls crazy thicken up their eyebrows in an attempt to make them look more natural. Why not just stop shaving them down to pencil-thin lines? You know, actually natural brows.

Faux Fur Vests. Okay, I understand that you’re against animal cruelty. I think that’s great. Take a stand! However, doesn’t wearing something that simulates fur kind of send the message that you wished that real fur wasn’t taken from a once-living animal so you can enjoy the crazy soft warmth? Think about it.

Suede Boots. Why would you make boots out of the one thing that can’t get wet? Aren’t warm boots essentially created for those cold days, usually accompanied by snow? There’s only so much protective spray can do. And I’ve seen what salt does to them. It’s not pretty. This argument can also be made for boots that look like sweaters.

You might think that with all of our technological advancements, that waiting in a physical line is a thing of the past. Well, you would be wrong. Turns out, if people want something bad enough, or they think they’re getting a deal (no matter the size), they’ll wait in line as long as they have to. They’ll survive on power naps and cookie crumbs if they have to.

The other weekend, I was able to observe these individuals in their natural habitat. Apparently, if you’re looking to buy a home in a coveted neighborhood, a house that hasn’t been built yet, you’re required to camp out in a parking lot. Generally one night should do it, but if you’re competing against a rather feisty group of would-be homeowners, you might want to go ahead and take the day off work. It seems that they only want strong people living in this neighborhood. Do you need a lot of sleep? Not willing to punch anyone in the face? This neighborhood may not be for you. Maybe you should get used to a lengthy commute.

One of the benefits of this barbaric practice is you get to know a ragtag group of crazy people that might be neighbors. Let me introduce you.

The one that’s been camped out for three days and will be damned if you think you’re going to get in front of them. You need to take a lengthy washroom break? You better hope they don’t take attendance while you’re gone. If you’re not there when they call your name, you get scratched off the list. The rules clearly state if you leave the property, you could lose your spot. And they should know. They wrote them.

The guy who has calculated what’s available and who on the waiting list is actually going to leave happy. This guy will get your hopes up, convincing you that the last house is totally yours. He doesn’t include room for error.

The one that didn’t get there early enough, but they decide to stick around to see if you’re going to change your mind. This person is really annoying. Plus side, they probably won’t make the cut.

There’s really nothing significant about him other than that he wears an eye-patch and I have to refrain from using pirate slang around him. I have to use everything in my power to refrain from greeting him with a “How arrrrgh you?” He doesn’t look like he’d appreciate it.

This person has no idea what they’re doing. They have done no research and think that they can just show up 10 minutes before the houses go on sale and walk away with exactly what they’re looking for. Come on lady. There are already 50 people on a list waiting for 22 homes. Do the math. Go home and come back next week with a sleeping bag.

The Moral Supporter (Me)

The crazy one who’s not buying a house, but got up at the crack of dawn on a Saturday for moral support and research.

It’s hard not to get caught up in the hype. I just about bought a house. That is until I reminded myself that it wasn’t in a position to impulse-purchase a house. 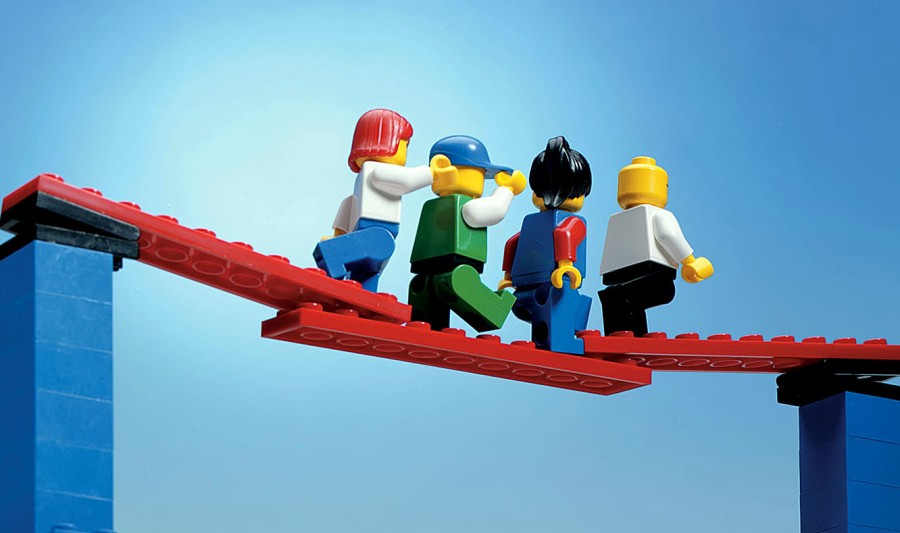 In the modern age of social media, we know far more about strangers than we (probably) should. We see countless photos of friends’ family members, causing us to feel like we know them…which we don’t…and due to loose privacy settings, we can often dig deeper and strengthen the bonds of friendship… the one that doesn’t really exist. Come on, people. Tighten your privacy settings. It’s your own fault.

You know their names, you know their family members, and possibly a few of their friends. You probably even know where they spent last summer…just kidding…I don’t know that much about strangers… Anyways, what do you do when you see these people in real life? Most of us choose to ignore these basically strangers and carry on with our day. I mean, they are strangers, right?

I encountered this very situation the other day. There I was, minding my own business, when I looked over to spot a friend of a friend. Instead of pretending I didn’t know her, I decided to go with option number two. I wanted to meet her. You might be wondering why. “But, Rachel, she could think you’re a crazy stalker. She might even run away and call the police!” Thankfully, it went much better than it played out in my mind. After confirming her identity on Facebook (of course), I walked up to her and said, “You don’t know me, but I know everything about you. I’ve actually met everyone in your family, except you.” Maybe I should’ve gone with a different opening line… Once the initial shock wore off, she realized that I’m a lovely person that wanted to bridge the gap between reality and cyber reality.

One man’s awkward situation is another man’s entertaining anecdote. 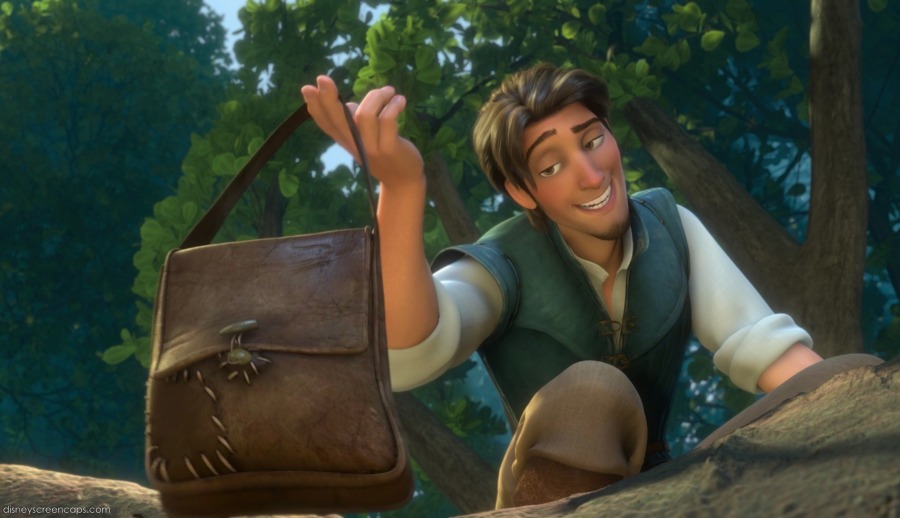 The sad whipped boyfriend. We’ve all seen him. He’s often a few steps behind his girlfriend, carrying a gold, glittery purse stuffed to the brim with every in-case-of-emergency item imaginable. He always looks dissapointed, answering every order with a “Yes, dear.”

I recently had a thought looking at one of these sad, poor men. If the man’s going to be carrying his girlfriend’s purse around fairly frequently, shouldn’t they have more say in what it looks like?

Hear me out. Ladies, if you had a purse that looked less like an impractical designer explosion, and more of a rugged, leather satchel, your man probably wouldn’t give you as much grief about carrying it around. Maybe he wouldn’t be a few steps behind you, possibly rethinking his life decisions. Maybe you wouldn’t have to ask him to carry your bag anymore. Maybe he would own it and it would become his bag that you throw your crap into.

Some men carry great bags, and some men have girly bags thrust upon them. Think about it.

Follow A Laptop In The Wind on WordPress.com
Join 319 other subscribers

A Laptop In The Wind
Blog at WordPress.com.
Loading Comments...